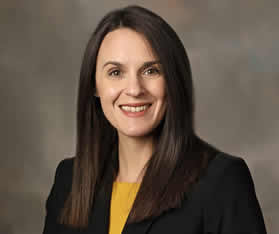 With well over 100 jury trials to her credit, Jaye’s exceptional trial experience helps her maintain a strong, steady presence in the courtroom, even in those high-pressure situations when a lawyer with less experience would fold. As a public defender in Florida, she handled a caseload ranging from DWI to murder. Because of her top-notch courtroom skills Jaye was hand-picked to serve as co-counsel in the case of Florida v. Julie Scheneker, one of the nation’s most highly publicized murder trials of 2014. In private practice, she has chosen to broaden her trial skills to include both family and criminal cases.

Jaye has twice represented clients facing the death penalty. In both instances her team was able to avoid execution. Because the entire state of New Hampshire has only seen one death penalty trial in this last fifty years, this effectively means that Jaye has a level of trial experience beyond almost any other lawyer in the state. Simply stated, she will not be intimidated by any opposing lawyer or judge.

A Pennsylvanian native, Jaye moved west to attend Colorado State University and then returned to the east coast where she earned a law degree at New England Law. After eight years in Tampa, Jaye returned to New England with her family. In her spare time, Jaye is an avid runner, hiker, and skier. She lives in Brookline with her husband, teenaged sons, and their golden retriever.